ONE OF A KIND- DOHRAJ STONE

This is one of the most fascinating story of our life. One of a kind ah! are u kidding me….? I mean its almost impossible to believe that a sculpture or bowl once made cannot be replicated exactly the same way with the same pattern. 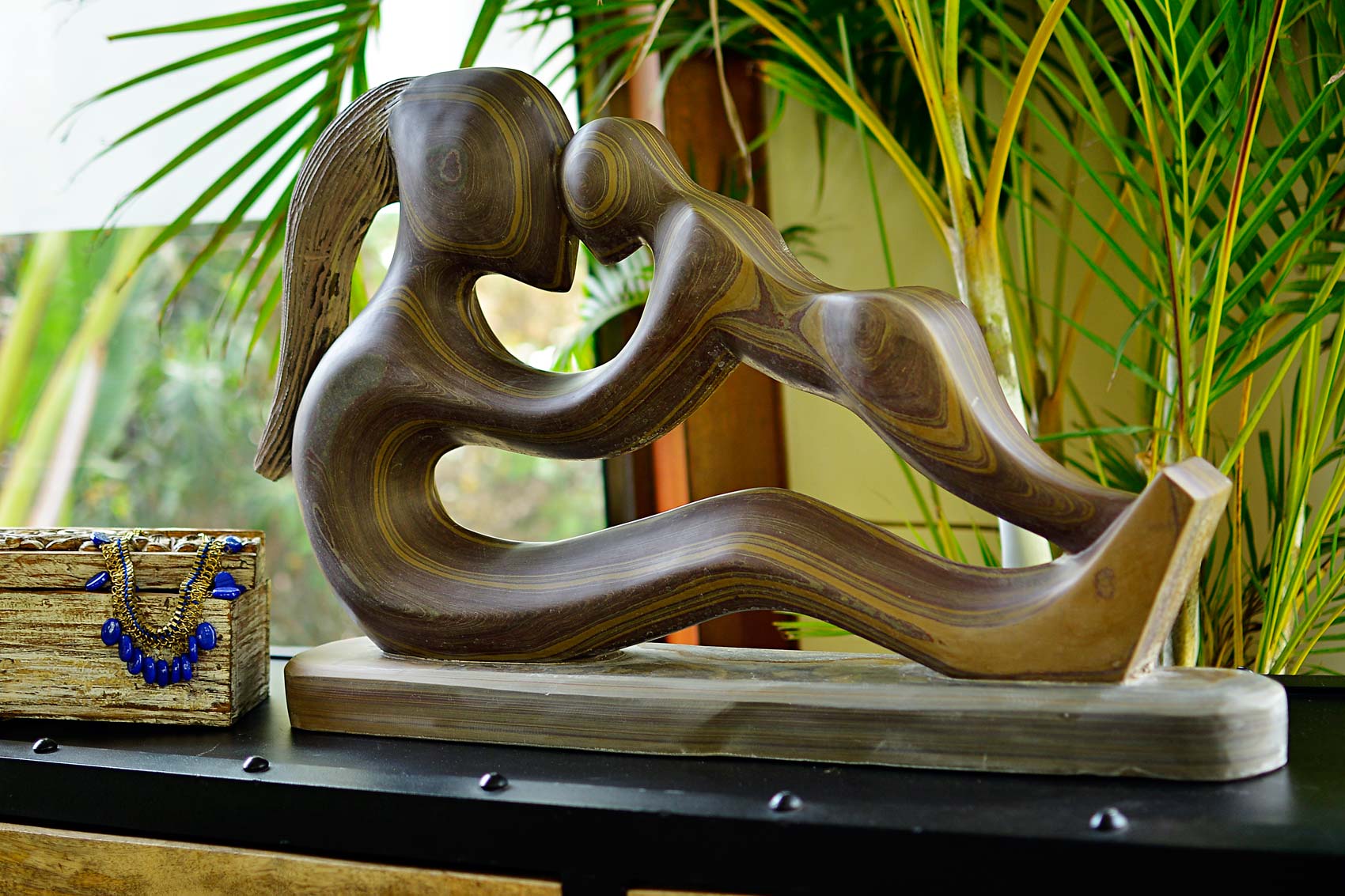 Me and my husband often are in search of local talents and potential artists around. We go on frequent trips to nearby villages. Last year on our trip to a village near udaipur, chittorgarh district we saw some children playing satoliya, a popular game in India involving a ball and a pile of flat stones, generally played between two teams in a large outdoor area. 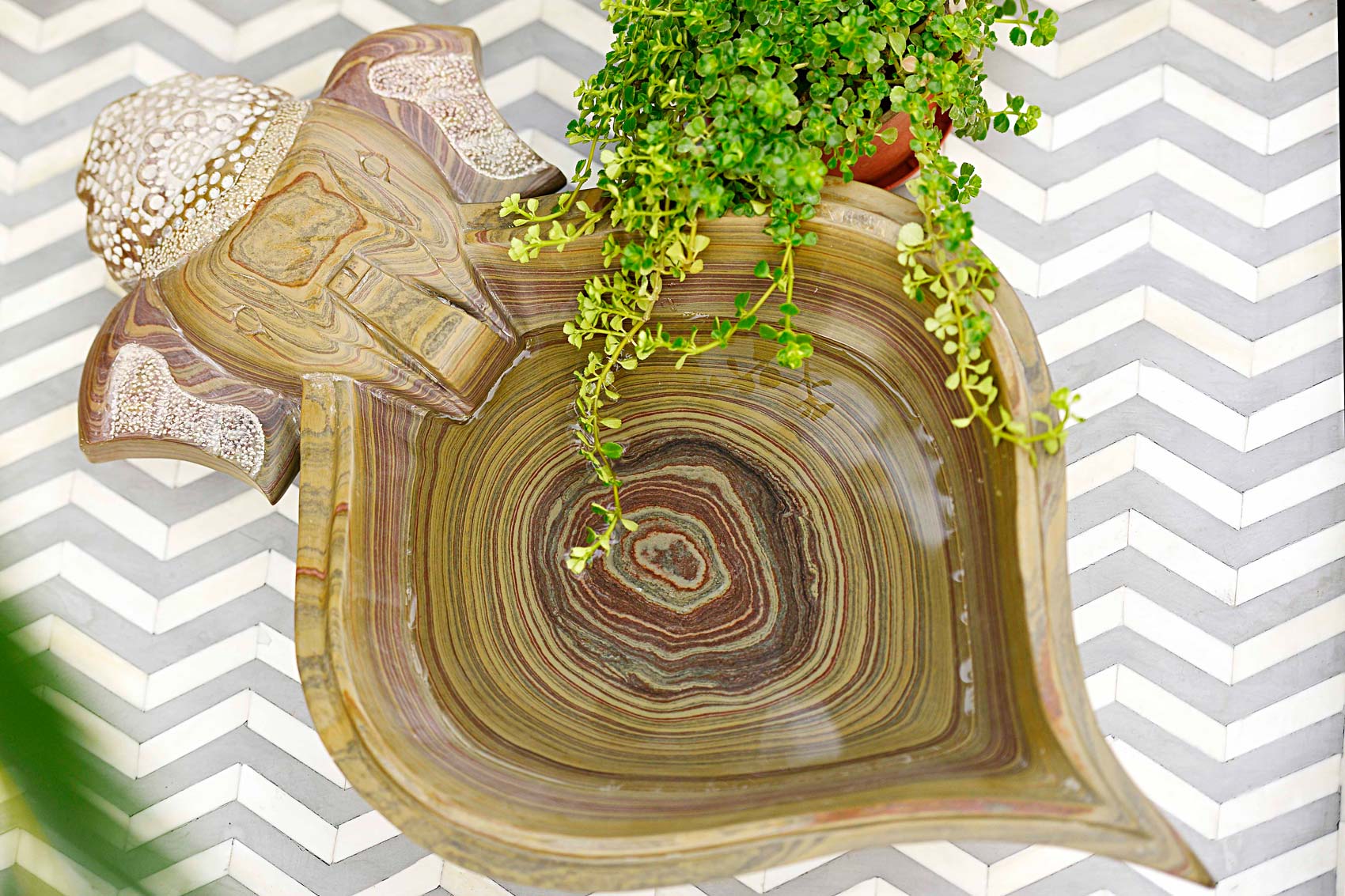 We saw the stones were not regular stones but had unique lines and patterns to it… some edges had prominent defined lines but some were rough in texture. Our curiosity increased and I went to a child and asked him….

“apko yeh pathar kaha se mila?”  it means from where did u get this stone? 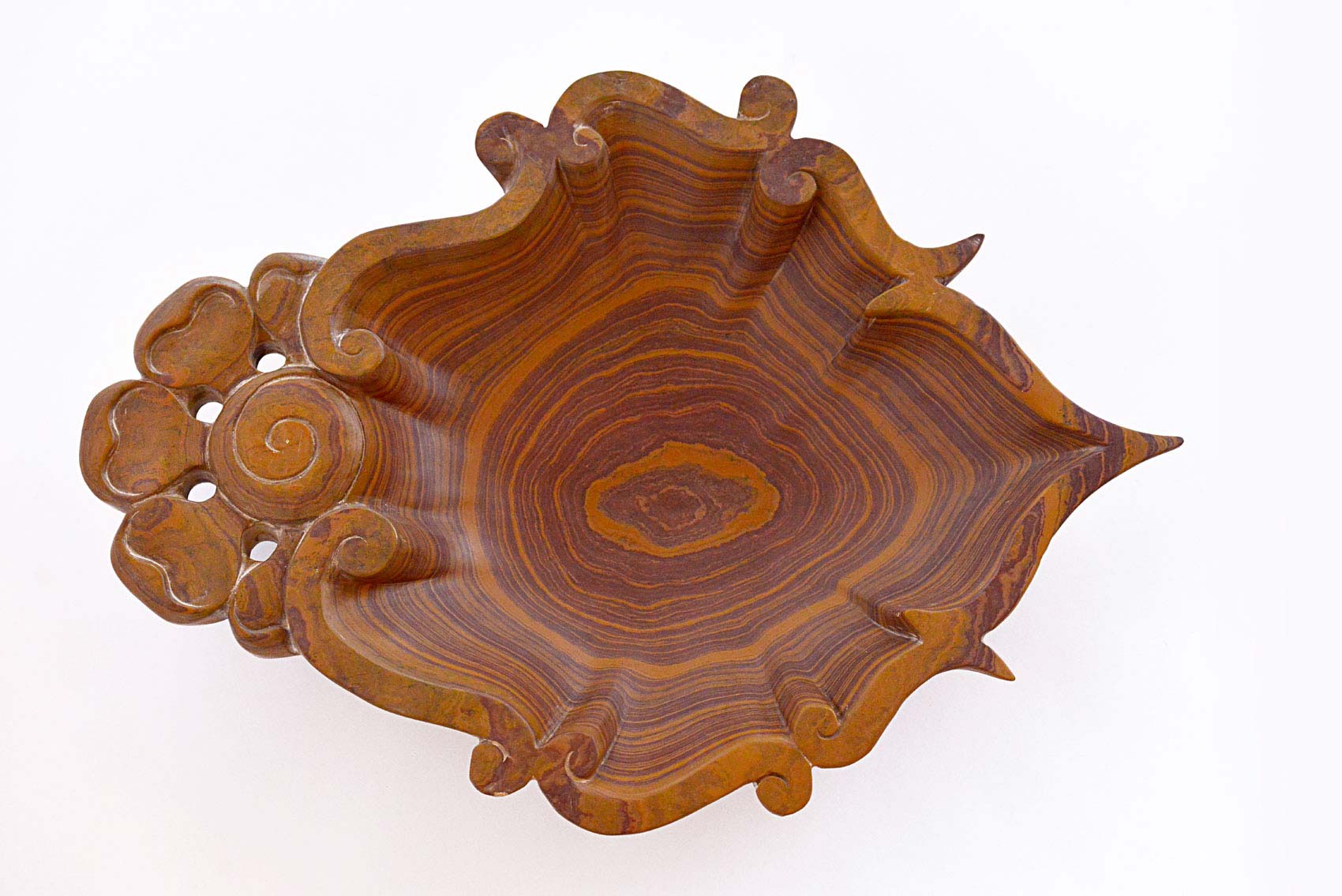 The child replied that his father got it for him. We went to his house and met his fathersuresh and inquired about the piece of stone.

“I take my cows for grazing daily and there is a Dohraj stone mine near by the area where mining is banned from many years.i got these small stones from there for my kid”.

We asked suresh to show us the area and inquired about the owner of the mines. We came to know that the owner is the inhabitant of the same village. We met the owner and had a word with him regarding the stone and his mine. But it seemed he was more interested in showing us some of his other marble mine because the mining has been banned by the forest department and the extracted stones was the only stock left. 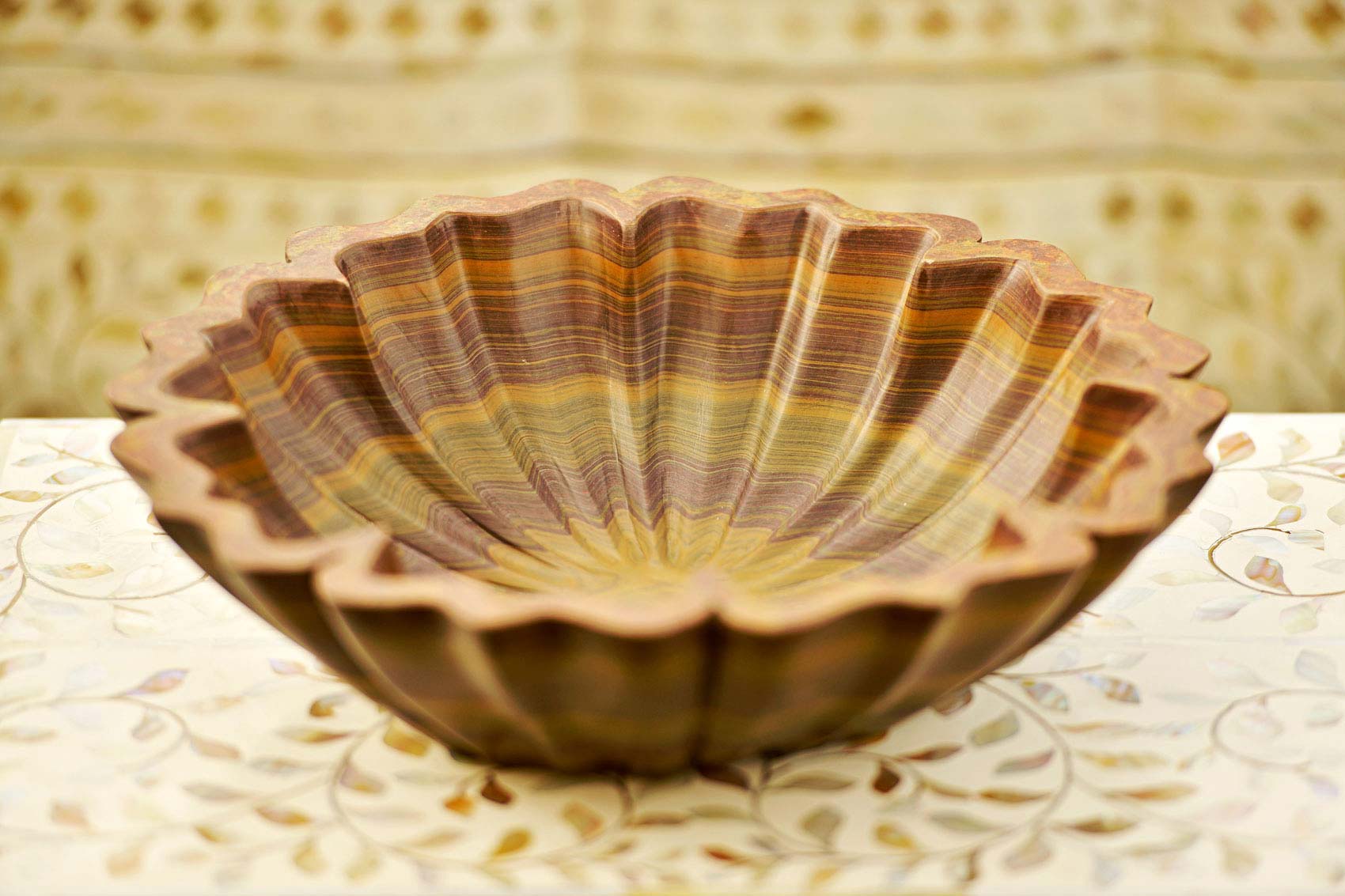 We were very much interested in the dohraj stone than any other stone. We took a few sample pieces and gave our artisan to design some sculpture. But the major challenge was that the stone was hard enough to take any desired intricate shape. But it could only be carved into bowls and abstract figures. The results were astonishing because each figure followed a unique pattern and different earthy tonal pallet. We started experimenting with the shapes and designs .we purchased a good stock from the owner and have ample of collection to ready to ship. 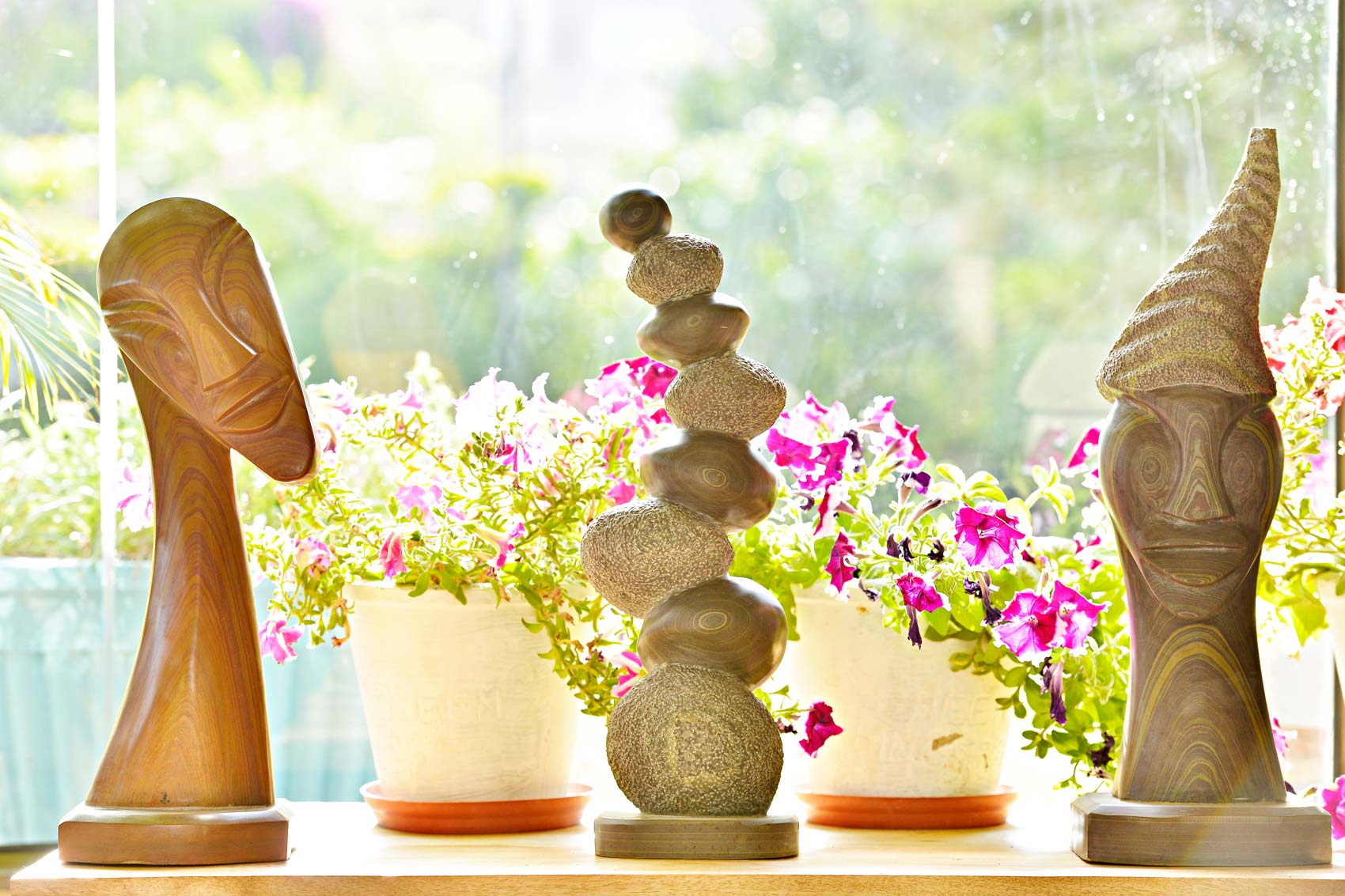 we feel blessed to be born in this magical region of rajasthan, where language , culture, food, changes in few kilometers and every part has its unique local art and we at paras udaipur are glad to introduce them globally. 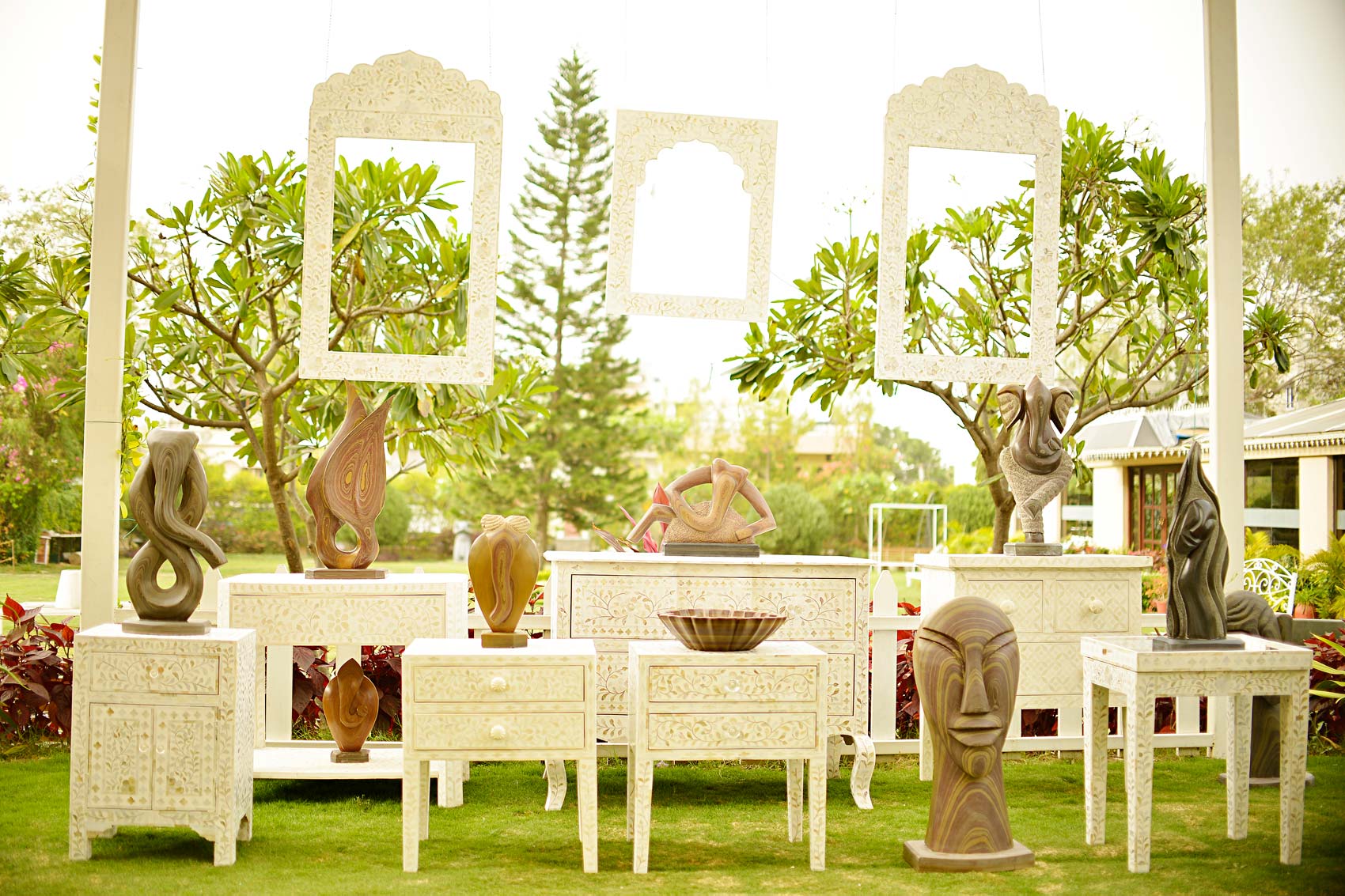 Get your weekly dose of sleep stories
delivered to your inbox: